I have some FOs to share, and apparently I like to take silly photos of myself wearing them. Here’s the Cruella Cowl, a beauty in black and white. The pattern is Darn Knit Kinetic Cowl and it’s the fastest cowl I’ve ever made. 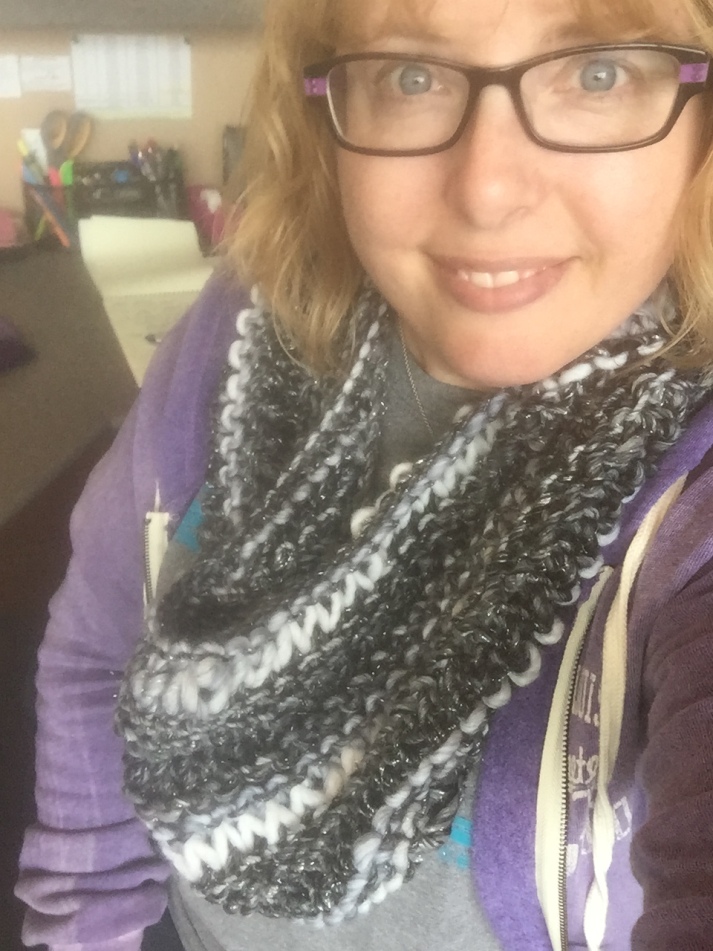 In case you don’t recognize it, the yarn is my vacation Berroco Brio. 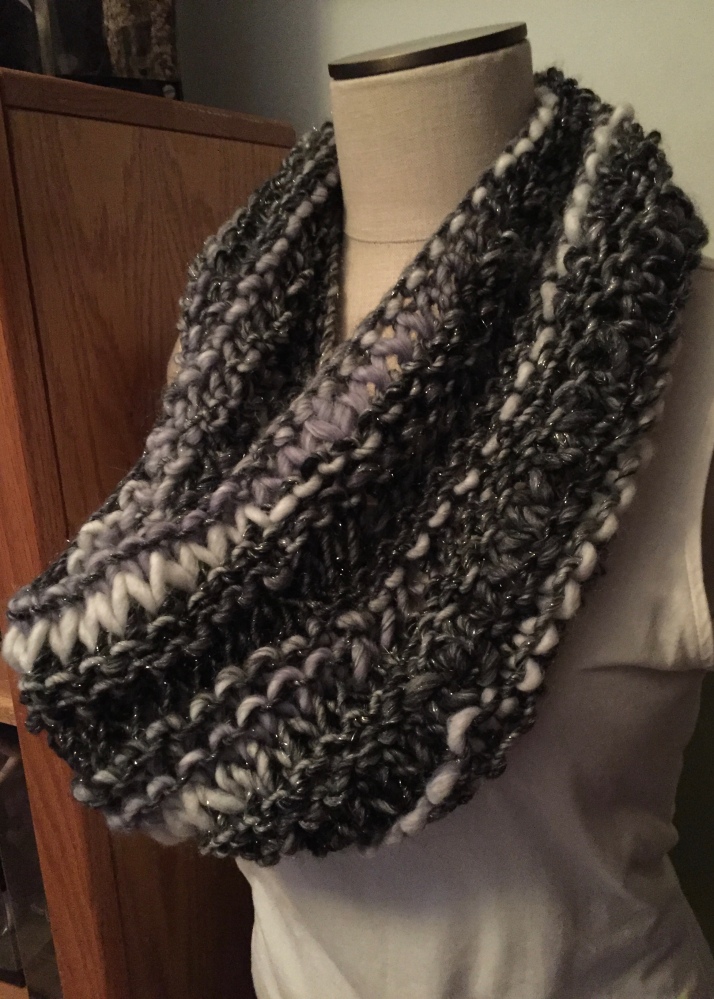 And then we have the Squarshy Hat, finished tonight, which I adore. I could have added another half-inch to the body, but it’s just fine as is. 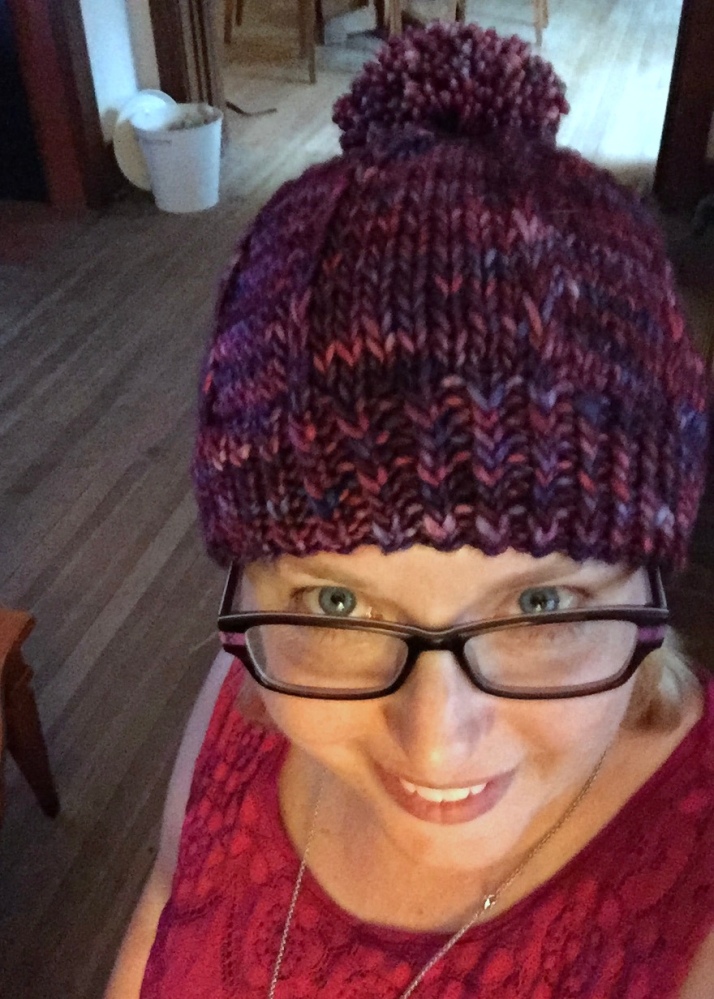 This is also vacation yarn, the Malabrigo Mecha.

Lastly, we have Fractal Danger, completed at last! But no silly selfies with this one, sorry. 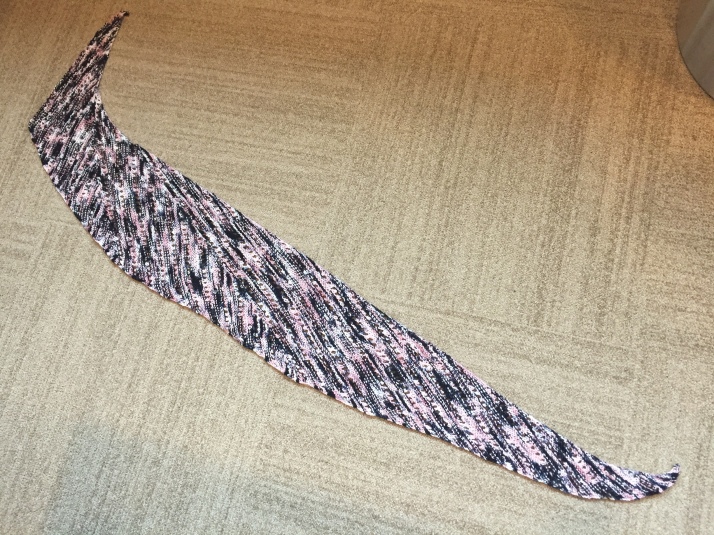 This was an interesting knit with unusual shaping, and was also my first experience with short rows. They’re not really my favorite. Kind of fiddly, turning so often and making sure your stitches stay on the needles and all that jazz. They slowed down my rhythm, and anything that does that is not my favorite. 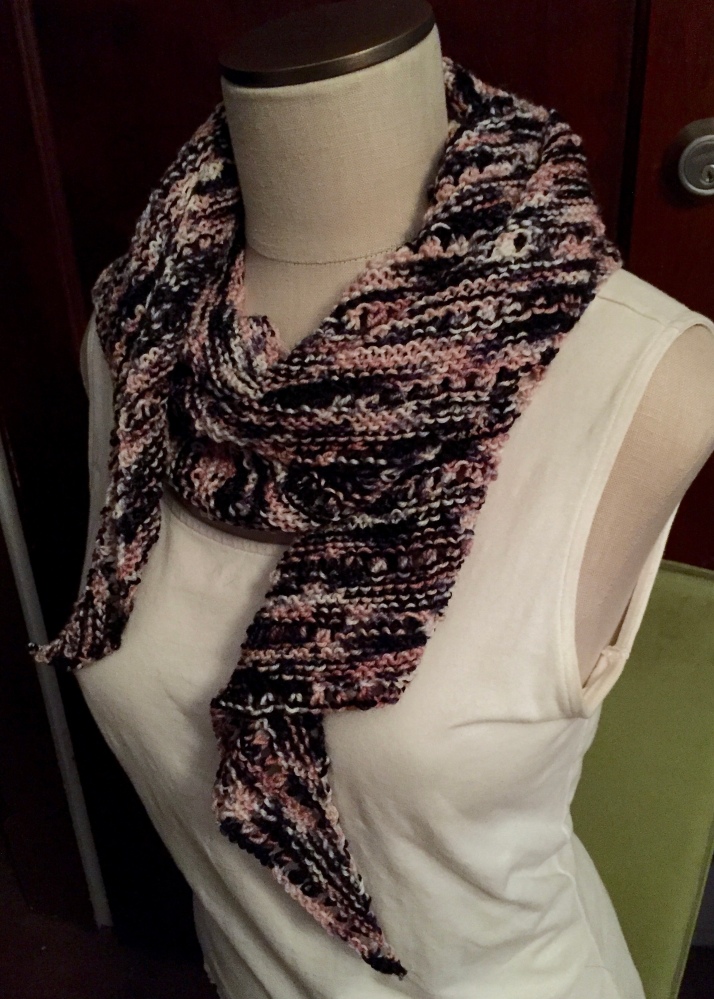 Still, I like this a lot, and I do think the shape makes it wonderfully wearable. I just need to get it blocked! 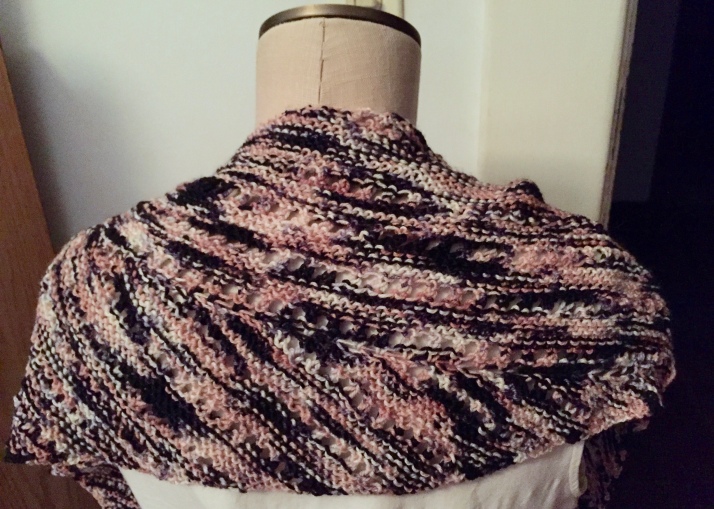 Next on my needles: Silverleaf with Malabrigo Arroyo! Can’t wait to get going on that one; I’ve been itching to knit it since it was released.

It’s been a while since I shared some puppy photos, hasn’t it? Grace is as much a love bug as ever, giving as many kisses as we’ll allow. 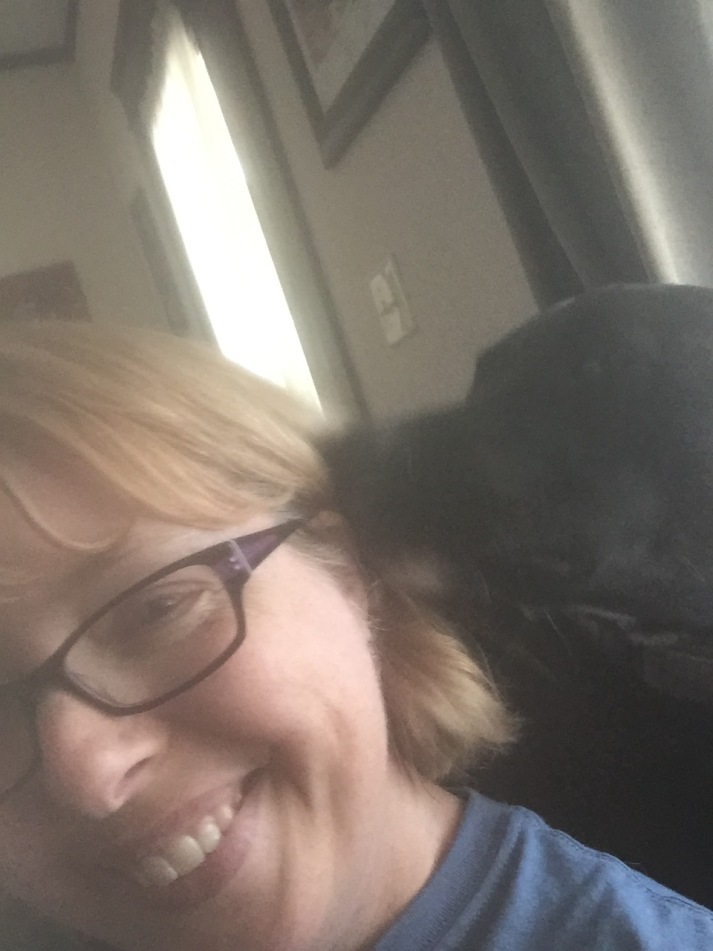 And Jack, silly cute Jack, he forgave me for boarding him after a day and went back to his charming self, always asking for belly rubs no matter where we’re sitting. 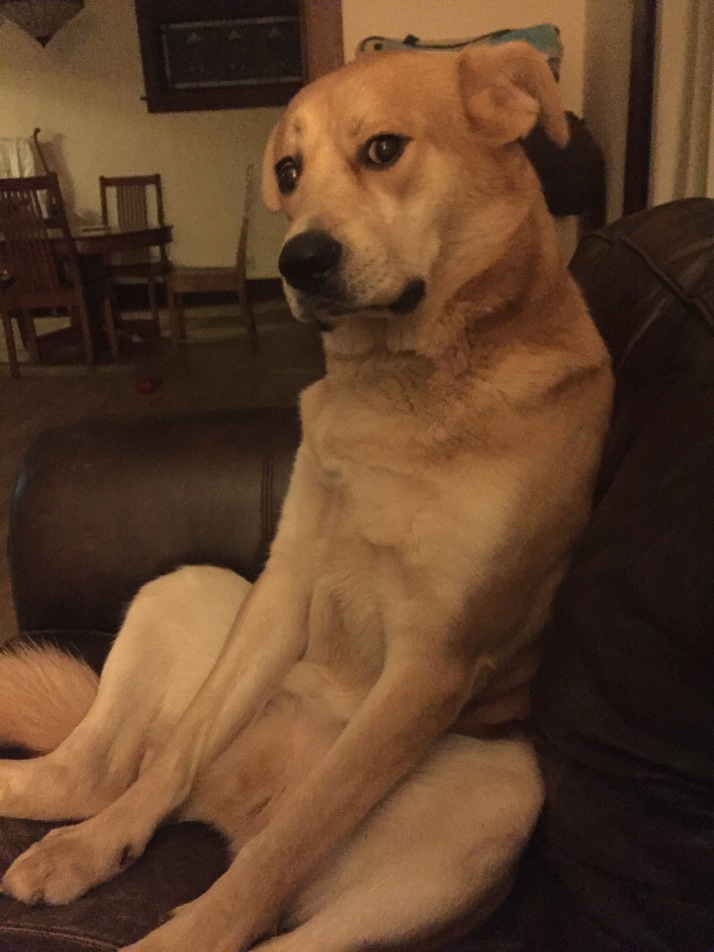 Wishing you all a lovely weekend!

4 thoughts on “Silly Selfies and FOs”