You would think, with a couple hours of high school football game knitting last night, that I would have made great progress on my Where’s Waldo hat. You would be wrong. I kept looking at it as I knit on the second stretch of white, and I realized that the proportions of the sections were going to be wrong. See, I’ve been going a little nuts recently, making hats on the fly without a pattern. I look at patterns to get an idea of how many stitches to cast on, and then I knit. I’ve done enough hats that I usually have a pretty good idea of when and how to start decreasing. And that’s really cool! I like that I’m learning enough to be able to do that.

But I’m second-guessing myself on this particular hat, probably because it’s a special order and not just for my inventory. I want to make sure it’s exactly what my customer wants, with the right amount of slouch and everything. This is one time my perfectionism slows things down! So here’s what I had: 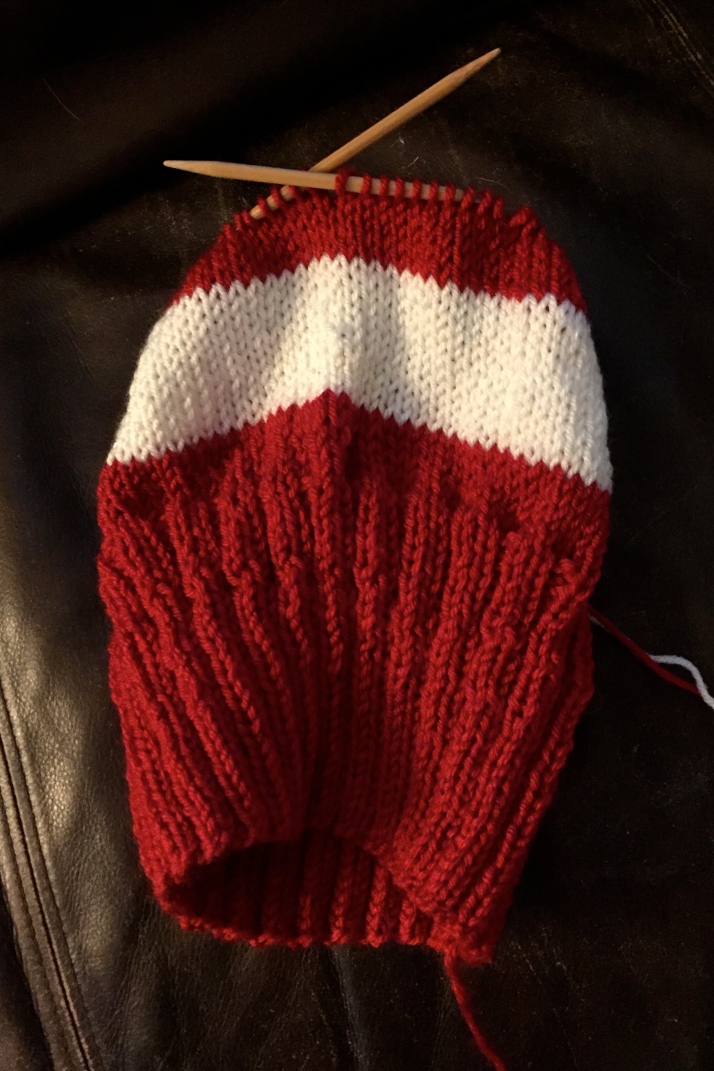 I’m only doing one thick red stripe, and when I started on the second white section, I realized it would be significantly bigger than the other two, and the red stripe wouldn’t be centered. With a sinking feeling, I knew what my next step would be. I spent the first half hour of the game frogging and then picking up stitches. After counting rows and estimating how many I’d have total, I made the first white section bigger. Here’s where I am now.

You like my little helper there? Yes, that’s pillow-eating Grace. At least she doesn’t eat yarn. Anyway, I have high hopes of finishing this hat today. After that, I’m moving on to building up my hat inventory for my next craft show in November. I’ve even wound the yarn I want to use. 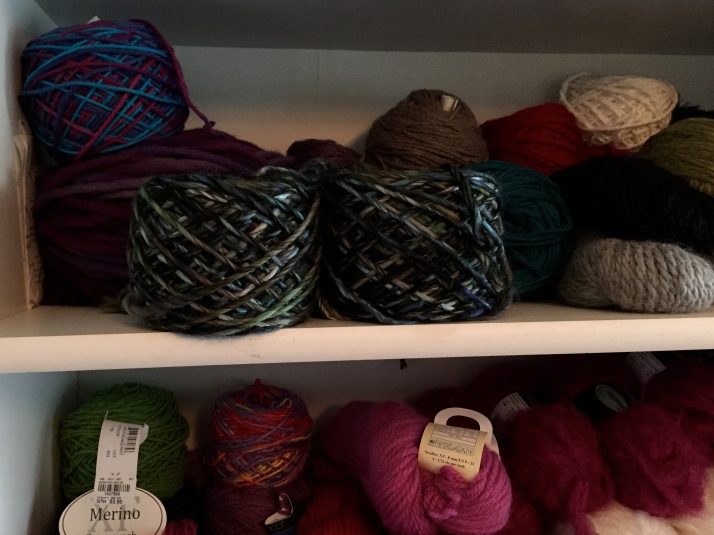 These are my last two skeins of Berroco Borealis, a gorgeous mix of blues and greens. They should make lovely slouchy hats. Hopefully I have good buttons in my stash for them, because I have no place close by to buy good buttons. Have you seen the selection at Michael’s? It’s sad. I swear, I got so spoiled by Joann. Hmm. Maybe a trip to Joann can be my reward for finishing the Where’s Waldo hat!

Finally, here’s a tiny elephant. The girl found it in Jack’s mouth this morning. We have no idea where it came from, and the poor thing is missing a leg. As small as it is, I can’t believe Jack didn’t swallow it whole. So this is a survivor elephant. He will live in my craft room now.

2 thoughts on “Two Steps Forward, One Step Back”