This is a nice way to start off a new year, with a completed project that used two skeins of stash yarn from a year ago! I actually finished it on December 27th, so it’s not really the first FO of the year, but it’s the first one I’m sharing, so it’s pretty much the same. 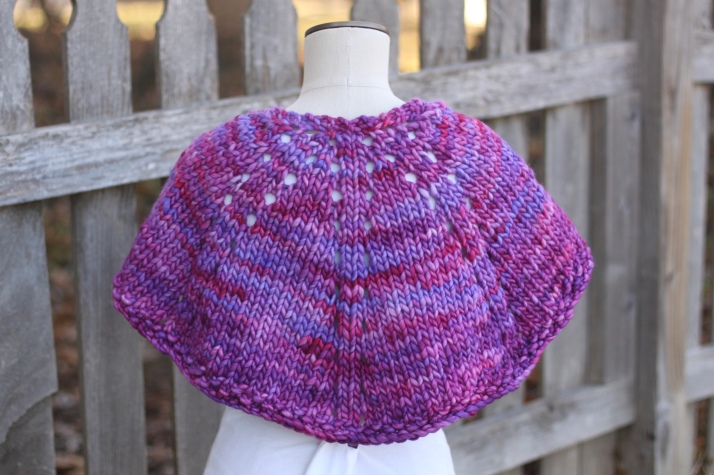 This is Twindom, which used two skeins of Malabrigo Rasta. I did modify it by using size 17 needles instead of 19. The 19s made it too loose. Using the smaller needles, I got a tighter fabric but I did run out of yarn a few rows early, and it’s not as big as I expected, but it also hasn’t been blocked yet, and I’m pretty sure that will relax the stitches quite a bit. I’ll be sure to share an update after blocking. This color is Baya Electrica and I love it! It was a Christmas gift from the husband last year, so it was nice to finally find the right project for it. I hope you all had a lovely New Year’s Eve! We spent the evening our usual way, with board games, an obscene amount of junk food, and much laughter. It’s such a treat to have all of us together these days. And I got to sleep until 10 this morning!! I know that won’t happen again for a very long time.

Duncan’s surgery is tomorrow. We’ve got a mattress downstairs so we can lay with him to help keep him calm, and one of us will sleep there overnight for at least the first week or so. We borrowed a crate from the brother, for when we’re not able to supervise him and the other dogs. He’s never been crated before so we’re trying to get him used to it by putting in one of his dog beds and blankets, and we put a few treats in there last night. Each dog took turns napping in there while we were playing games. It was pretty funny.

Now I just need to pick out a couple of easy knitting projects that I can work on while I’m sitting with a dog. I’m planning on another Bandana Cowl, and maybe a hat too. What’s your favorite mindless comfort knitting?

Saturday morning snuggles. 💜🐕
These are my other recent finishes! The brushed suri alpaca mitts are for me, and the other two are gifts. 💜🧶