As I’m sure you are aware, Christmas is over. And this year at least, I’m one of those “okay it’s done let’s put away all the Christmas stuff!” people. That doesn’t bode well for Christmas socks that are still on the needles! I used what little self-discipline I had to at least finish the one in progress yesterday while binge-watching ER. 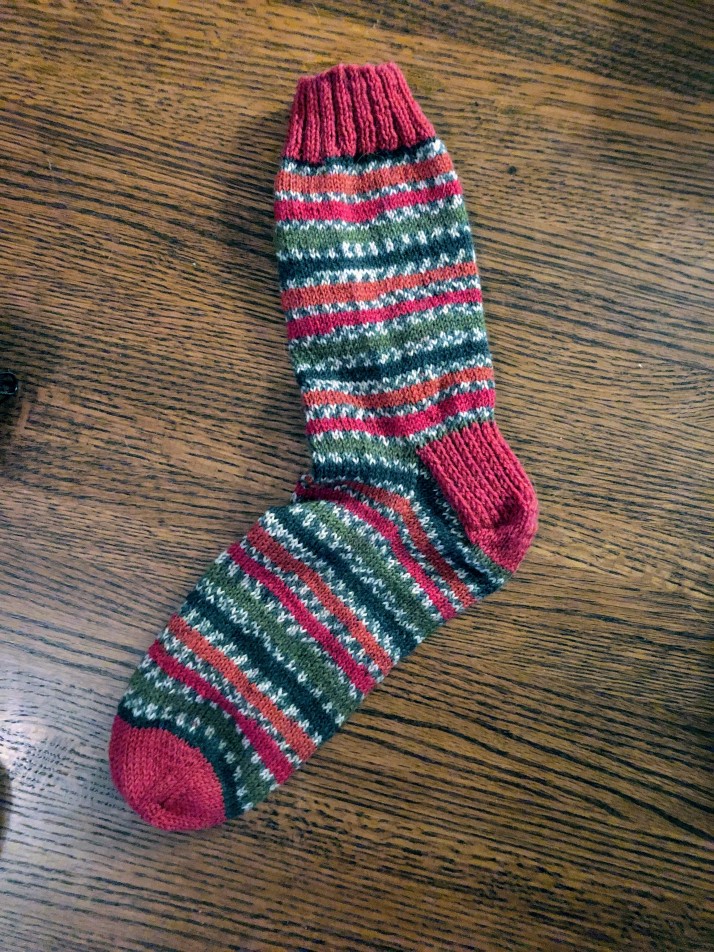 Now I can put them in hibernation until late next year with a clean conscience, and I’ve freed up a set of sock needles, because you never know when you’ll need to cast on a new pair of socks!

Duncan is doing relatively well with his new restrictions. We have had to block off the couches and the stairs because he’s stubborn and thinks he’s fine, but he’s got a couple of comfy dog beds and has learned to lay down when we tell him to…sometimes. He still gets bored and restless every so often and decides it’s a fun time to wrestle with the other dogs or zoom around the dining room, so I’m hoping he’s easier to keep calm once he’s doped up after the surgery. Now we just need to get him used to pooping somewhere other than the backyard — it’s like potty-training a toddler again.

3 thoughts on “Sock It To Me Monday”