I know I already shared a photo of these socks the other day, but I’m so happy with them that I wanted to share more of the pretty photos I took. The yarn is Biscotte Yarns Bis-Sock Sorcerer’s Scarf in color Griffin. When I was starting the second sock, I thought about trying to match up the stripes, but decided I’d rather just wing it, and it came out in opposite stripes which I found delightful. 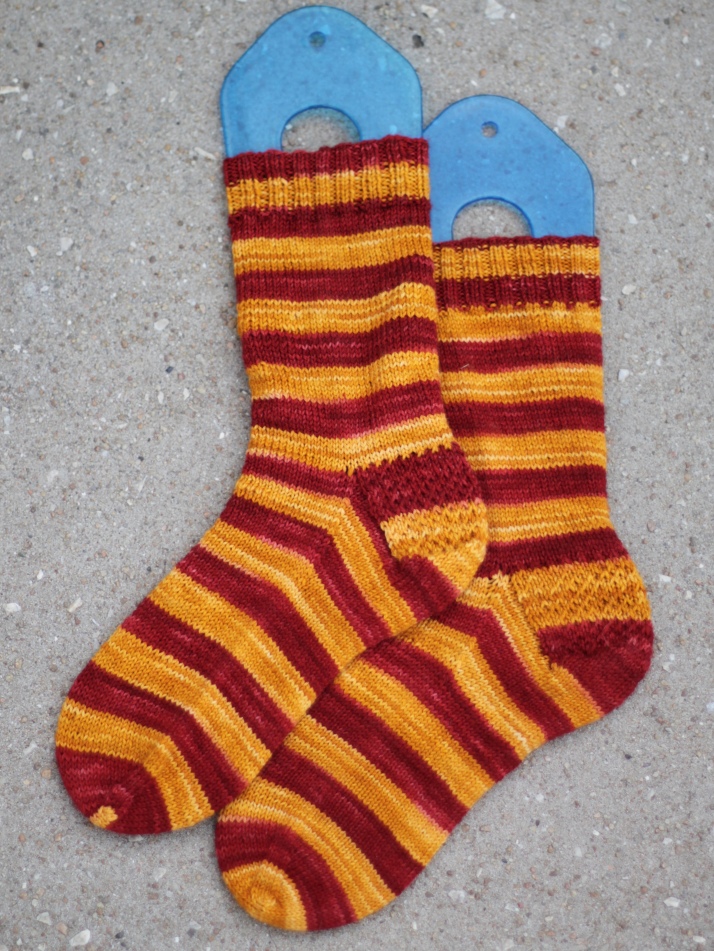 It’s a plain 64-stitch vanilla sock. I chose an Eye of Partridge heel because I really like its texture. After the heel, I knit the foot to 7 1/2″ and finished with a rounded toe.

This yarn was delicious to knit with, so soft. It’ll be interesting to see how it wears compared to stiffer yarns, but I certainly enjoyed knitting it more than the tougher yarns! In fact, I enjoyed it enough that I’ve already got another skein waiting in the wings, the Eagle color for my Ravenclaw socks.

I just want to finish a couple of the socks on the needles before I cast on another one. At least that’s what I’m telling myself today. We’ll see how long my restraint lasts!

No, I don’t have a #kaweco problem at all. 😳😇😁 #fountainpen #penaddict #kawecoaddict