Yesterday was a happy day:

That’s my new dishwasher! When we bought this house, it came with an old dishwasher. It worked, mostly, but it also wasn’t installed correctly so when we opened it, it would rock forward. The silverware container was small, cramped, and partially broken. So we decided that part of my first paycheck would go toward a replacement. And it’s fantastic!

But I also finished my Reyna yesterday. After a morning of chores and errands, I picked it up after lunch and realized I was running pretty low on yarn. That meant I could only get five more rows in before binding off, and that went very quickly. Then Grace said she would try it on for me. 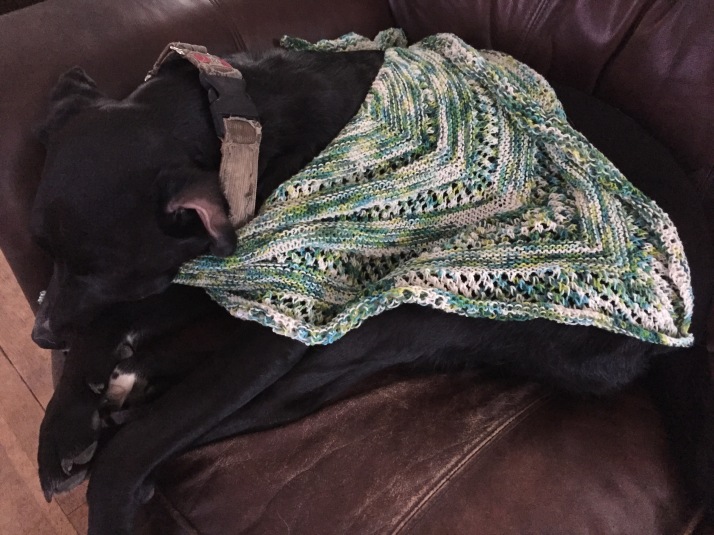 She approved. It then went upstairs for washing and blocking. I blocked it a little aggressively, because it was a wee thing and I wanted it bigger. Can’t wait to unpin it later today and try it on. I really really enjoyed making this shawl. The pattern was fantastic, and it’s not often you come across a pattern that works so well with variegated yarn. I’m pretty sure I’ll be making another Reyna.

While I was blocking, I figured I might as well go ahead and block the Secret Beach Scarf too. I’m a little embarrassed to share this photo because it’s such a crap blocking job. But it’s SO LONG, and I’d used up all my KnitPicks blockers and just couldn’t stand the idea of doing T-pins all down the length of this scarf. It’ll be fine. Right?

So, big shawl done. Bulky cowl done the other day. You know what that means: time to cast on something new! After much (and I mean A LOT) perusing, I finally chose a pattern for my Dream in Color Classy with Cashmere. The winner was Saroyan. 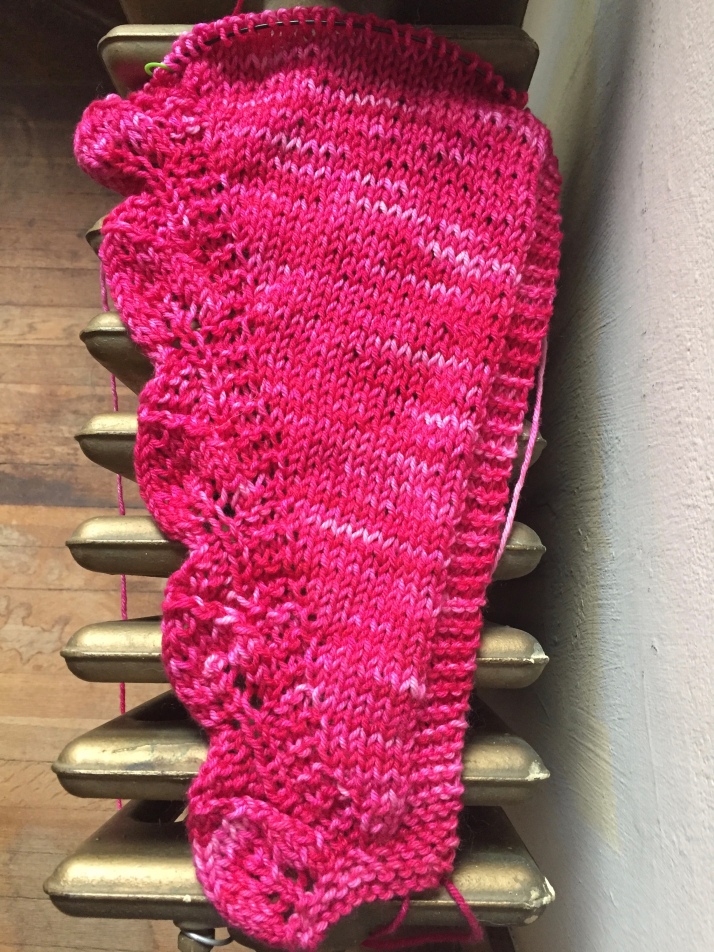 I feel like this is one of those super popular patterns that’s kind of required for knitters, much like the Hitchhiker, and I can see why. Isn’t it lovely? So much fun to knit, though part of that is the super-soft merino/cashmere yarn. I adore the leafy border. I have a playdate with my Knitting SIL this afternoon, and this is what I’m taking with me.

Enjoy the last bit of your weekend, friends! Monday will be here all too quickly.