You’ve seen the photos, I’m sure, of the dogs wearing the hooded cowl-type things? Well, that’s called a snood and they’re popular for greyhounds because apparently they get cold more quickly than other breeds. I got a request for one the other day, and it’s been a fun project so far. It’s unusual and different, and I like the idea of keeping a puppy warm! I chose a machine-washable yarn since even though the dog is “reasonably clean dog” (what does that even mean? My dogs don’t speak that language!), she’s still a dog. I’m using the Pointy Greyhound Hood pattern. Most of the patterns were just the cowl/neckwarmer but she specifically wanted a hood, so a hood she’ll get! I cast on last night and it’s going quickly so far. 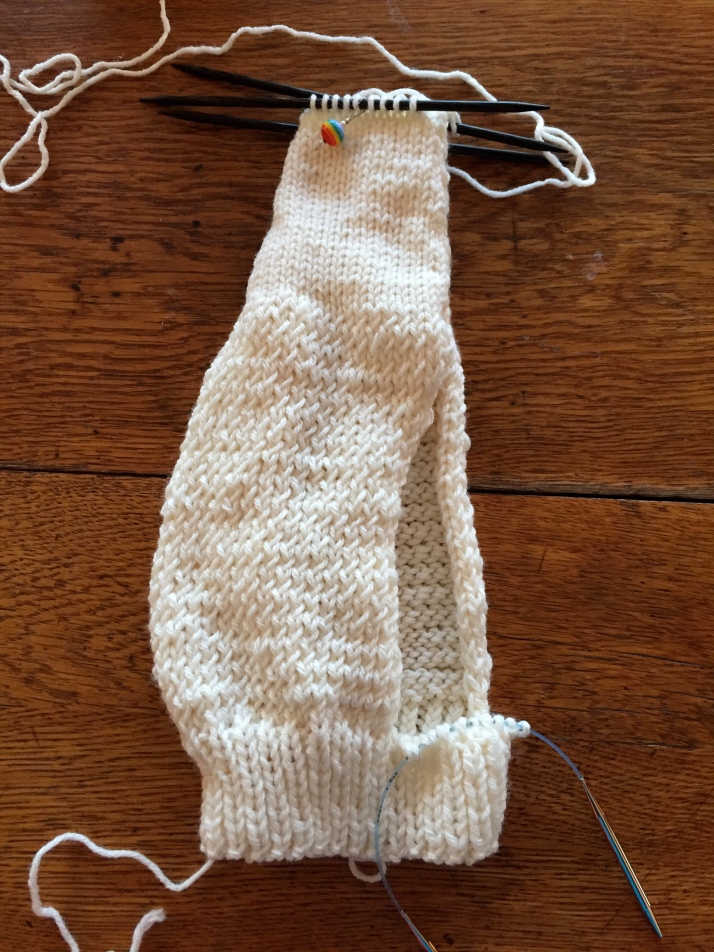 It’s cool because you start with the ribbing in the round, which is what goes around her face, then you take part of the stitches and knit flat for a while, then you join in the round again for the pointy hat part. It was also interesting to see how much my tension differed from knitting flat on straights (lower portion) to knitting in the round on DPNs. 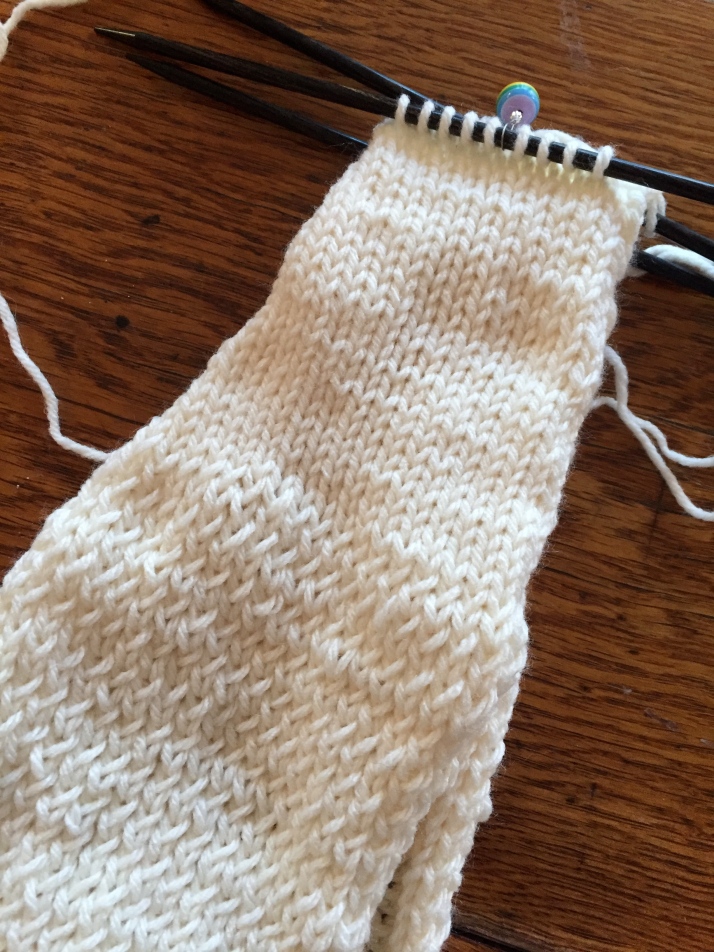 Yep, I used the same size needles. Big difference, huh? Anyway, once I’m done with the pointy hat bit, I’ll go back to those open stitches (the ones at the bottom still on a circular needle), pick up some more, and knit in the round again for the neck portion. It’s a nifty design, and I can’t wait to see it on the pretty pup! Not my pretty pup, though. I’m afraid it wouldn’t last long. He may look docile but when he and Grace get going, they’re pretty crazy.

I wish you a happy Friday, and Jack wishes you happy napping! 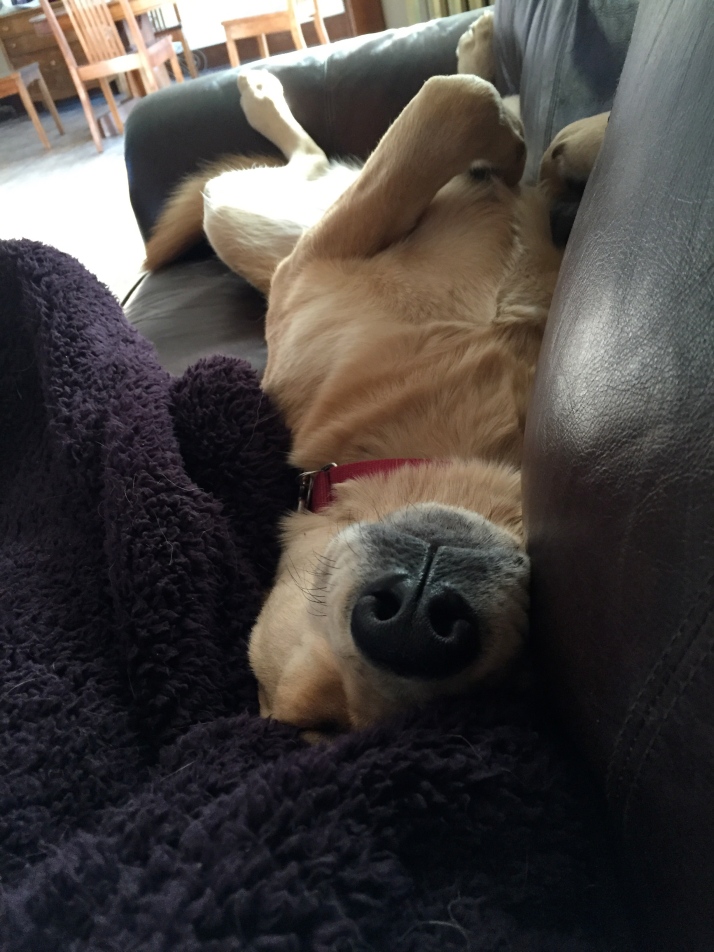 12 thoughts on “A Greyhound Snood”