Yes, I did go shopping on Black Friday, but not in the mainstream crazy way. Instead we made our annual jaunt to Weston, Missouri, a small town with charming little shops and Father Christmas. The MIL went with us, as did the boy’s girlfriend (shh, I don’t know if I’m allowed to talk about that or not!) so we had a big jolly group. We met dogs and bought things and had fudge and hot chocolate and it was a lovely day. 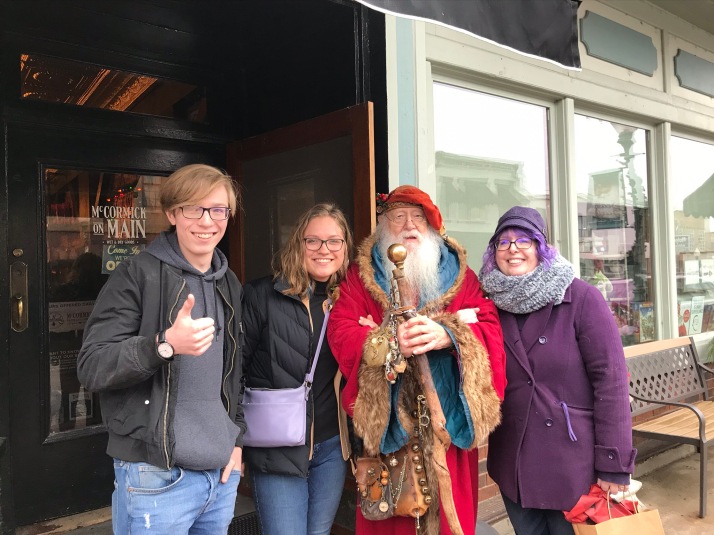 (Just to clarify, that’s the girl in the photo here, not the girlfriend. I don’t think the girlfriend is at the blogging stage yet.) I found yarn plus a beautiful dip pen from the 1880s with a gold nib and a mother of pearl body. I don’t know that I’ll ever actually write with it but I love having a bit of pen history in my collection. 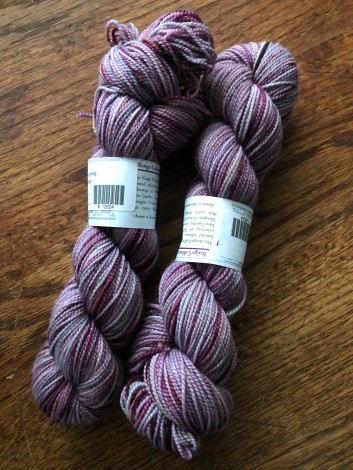 Tonight we’re hosting the mother and the sister for a small Thanksgiving, Part II before the girl has to go back to college tomorrow. I don’t really cook so I’ll be doing a bit of cleaning, plus the laundry I’ve been neglecting, and then I’ll do some knitting. 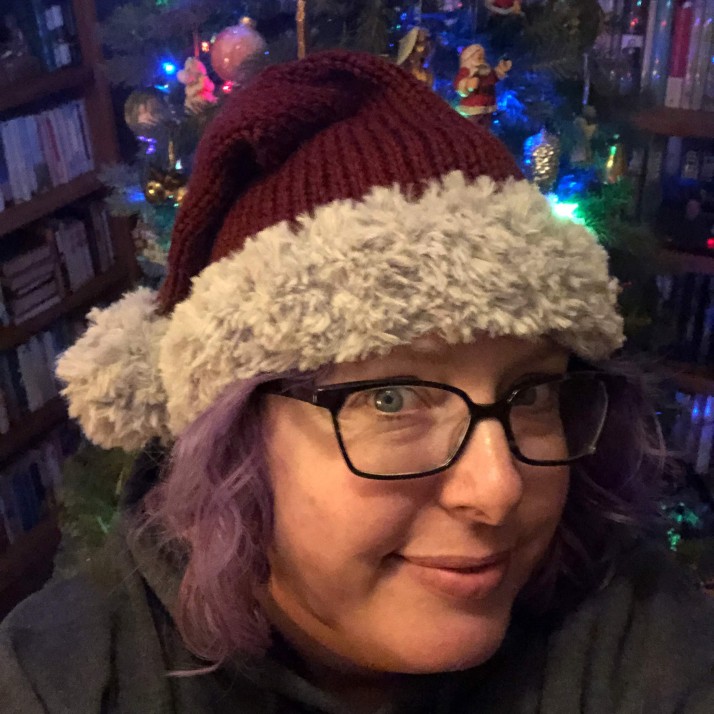 This is the KnitPicks Santa Hat, a free pattern, and I even used the recommended yarn! It came out a tad smaller than I wanted, so I think I need to make a second one.