Yes, it’s Monday and that’s supposed to be sock day here in Blogville, but weird monogamous knitter me doesn’t have any sock progress to share. I finished my Olive Pink shawl on Saturday morning, blocked it that day, and yesterday took it out for a photo shoot. It was a challenge because it is so BIG. 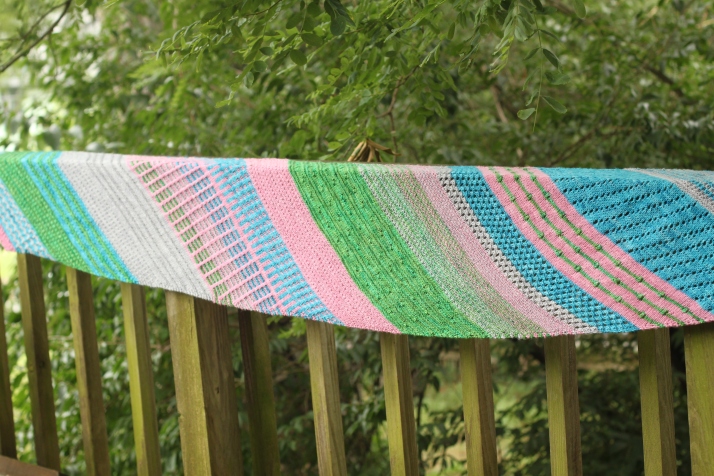 This isn’t even the whole thing. From tip to tip, this baby is over eight feet long. I have no idea how that happened, except, you know, gauge. If you don’t count the angled ends, it’s about 70″ long, which is much closer to the pattern’s 73″ length. Also, I used less of Color B and more of Color C than the pattern said I would, and again, no idea. Whatever. That’s kind of what I love about this pattern: it works really well with “whatever”. I made some mistakes? Whatever. I added an extra two rows to that section? Whatever. I did the final border wrong for the first two rows? Whatever. It’s all good!

Because it doesn’t really matter! There are so many patterns and textures and colors that no one knows what it’s “supposed” to look like, and no one is going to look closely to try to find mistakes. And if anyone where to do that, that would be weird and I don’t really care what they think anyway.

This was a fun pattern to knit, at least for the first 75% of it. By section 16, I was getting a little tired of it, but it was fun to use so many colors and stitches. The yarn is SoLo from LoloDidIt and I really like it. It’s 100% and has a little bit of a halo, which was only a problem when I was knitting with two colors and the yarns would get wound around each other and stick together. But it’s super soft, doesn’t bleed, and blocks out beautifully. 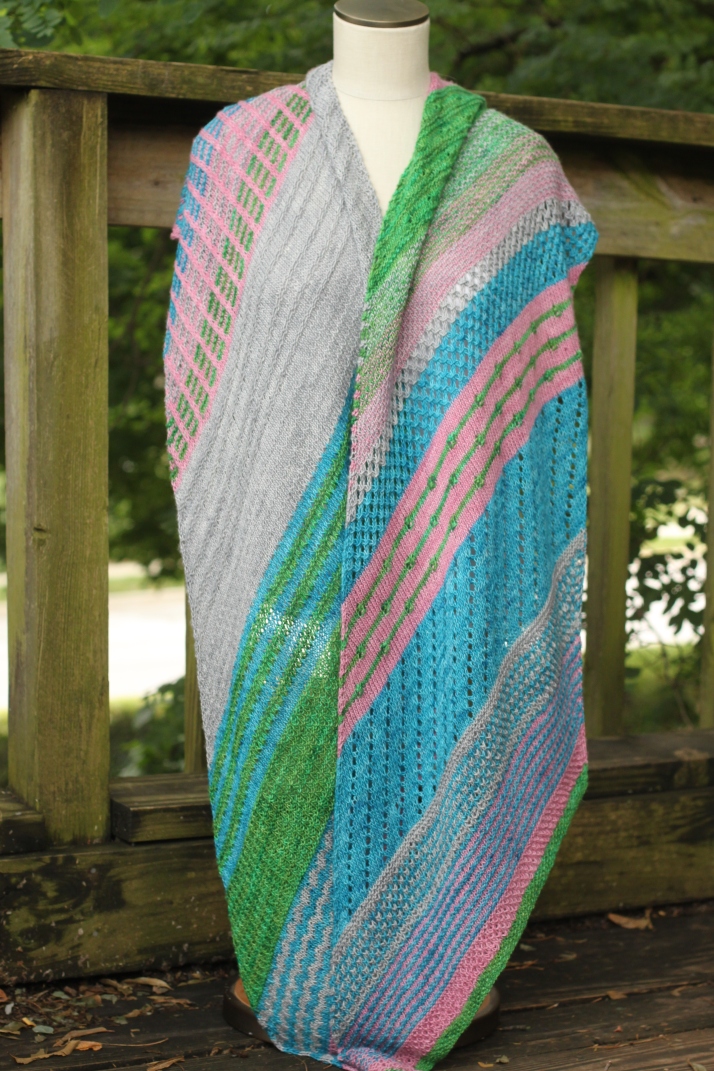 The original pattern was a collaboration between Casapinka and Lolabean Yarn Co. and you can find it here on Ravelry. Note: I do have Classic Ravelry turned on. (Side note: I’d had NuRav on since they switched and it didn’t bother me, though Rav’s reaction, or lack thereof, to all the issues others were having bothered me a lot. This morning I turned on Classic Rav before adding the link here, and it was like a sigh of relief. I hadn’t realized how much I preferred the look of the original!)

With this done, I’m off to finish an almost-complete cowl now. Hope you’re all staying mostly well and happy!

My Tweets
Join 798 other subscribers
Follow bonnyknits on WordPress.com