A few months ago, I made a snug little cowl called Just Try It with some luxurious merino/cashmere yarn. I even had enough yarn left over to make matching fingerless gloves, which I’ve worn several times and love. But for some reason, I never tried the cowl on until Sunday when the house was chilly and I needed to get cozy. That seemed like the perfect cowl for the job. Alas, it did not go over my head. One end was too small and too tight.

Now, for a brief moment, I did stop and ponder, “Hm, I wonder who this would fit that I could give it to?” Then I realized it would have to be a child of some sort and well, did I mention this yarn has CASHMERE in it?? Kids are knit-worthy, but maybe not to that extent. Plus, this gave me an unusual treat: I could knit with this yarn again!

The cowl was quickly and easily frogged and I have cast on anew, this time with additional stitches, and I’ll use Jeny’s surprisingly stretchy bind off when I’m done. 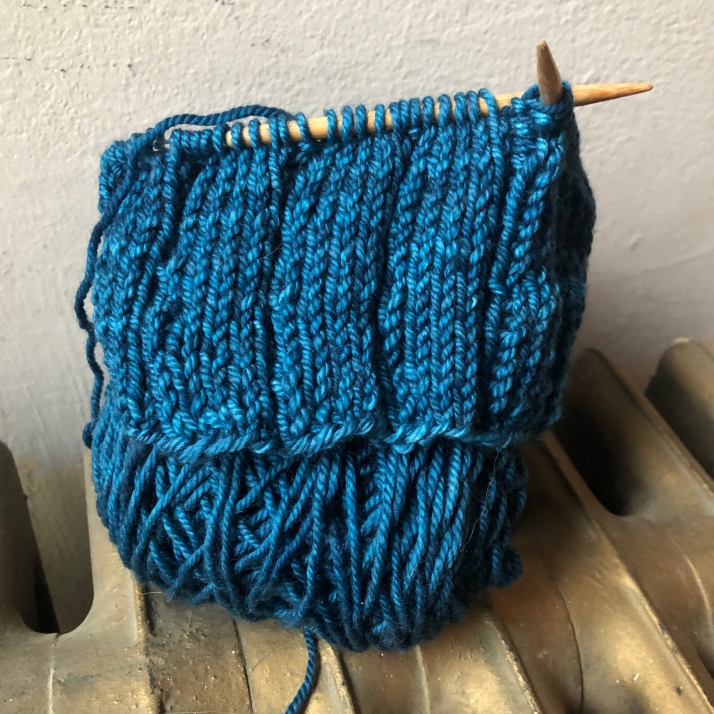 Have you ever frogged a completed project to re-knit the yarn?