Yesterday, I had seven WIPs, and today I have seven WIPs, but they aren’t all the same. I frogged that big Warrior Cowl and put the yarn back in the stash for another day. The scrappy cowl went back in its hiding place, since I don’t need to reclaim that yarn. I might frog it later, I might not. And I did cast on a new cowl, as I said I would. 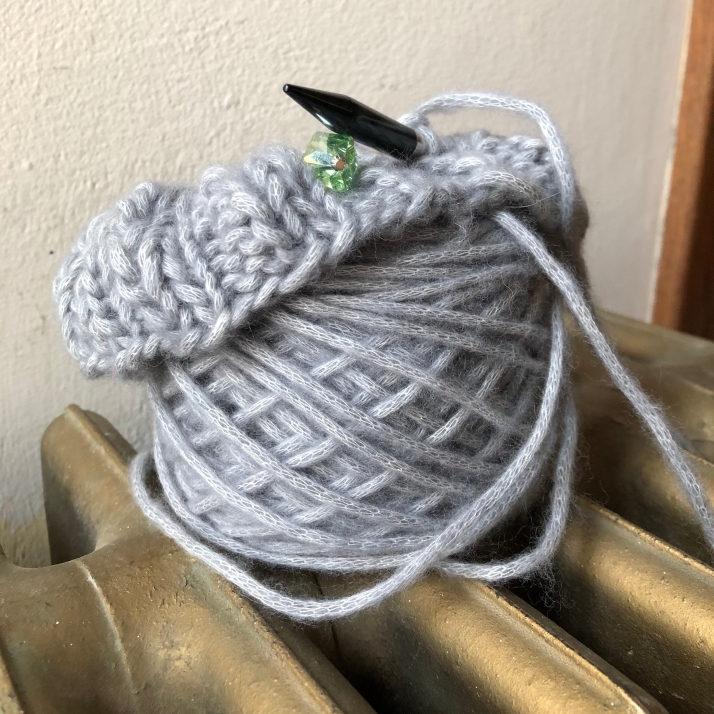 This is my Woolfolk LUFT and it will grow up to become a generous River Deep, Mountain High cowl. I might just try to use up all the yarn! But strangely enough, this new project didn’t hold my interest like I thought it would. Instead, I was focused on the Zomboni. I know yesterday I wasn’t sure about it, and thought I might frog it, but I wanted to give it one more shot. Apparently that’s all it needed, because I added 11 pattern repeats yesterday!

It still might not be my favorite thing to knit, but I’m really liking how it’s coming out. It’s a long, narrow shawl/scarf thing, which is my favorite kind to wear. There are just some patterns that I don’t love knitting (i.e. Fractal Danger) but they’re so pretty and wearable!