You may remember my Star Stuff super bulky cowl from the other day, the one made from that gorgeous LB Art Yarn yarn? After that, I became obsessed with super bulky yarn. I immediately pulled out some Berroco Brio from a cowl I’d frogged a couple of months ago. After nearly an hour on Ravelry, I’d settled on…the same pattern I’d used the first time around. But this time I used smaller needles and cast on fewer stitches and ended up with a cowl I like much better. 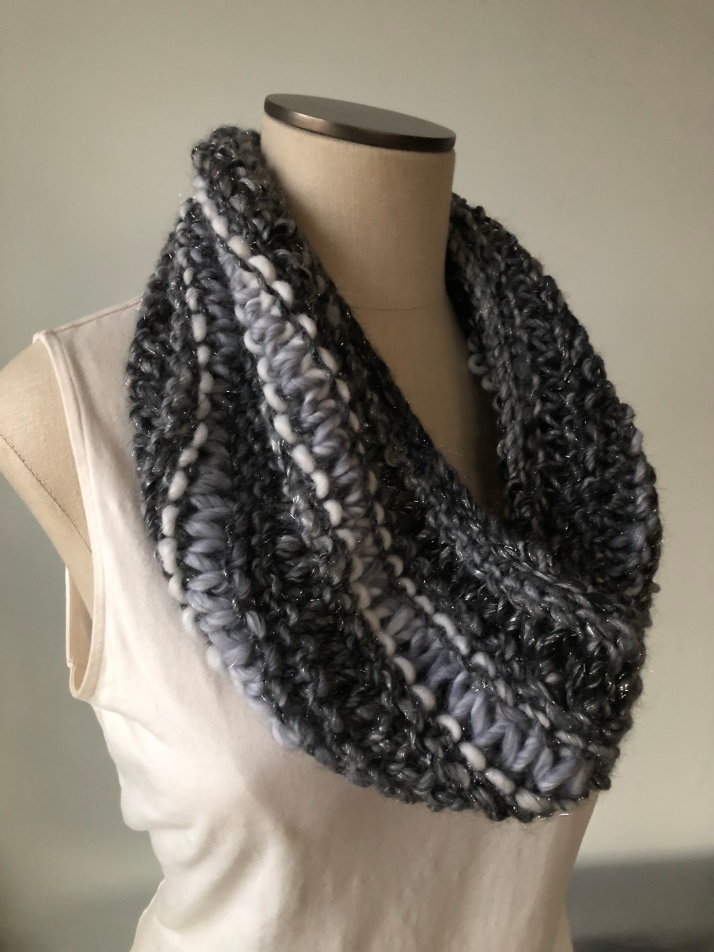 That wasn’t the end of my love affair with super bulky. I was forced to go back to Yarn Social on Wednesday, and what fell into my hands but a beautiful skein of Malabrigo Rasta and a purple fur pompom? They said they needed to become a hat, ASAP. I obliged.

But now, though the bulky continues to call to me, I must return my focus to previously scheduled knitting, as I do have some deadlines to meet. I did enjoy my super bulky interlude, though!

4 thoughts on “So Much Super Bulky”