After a four-day holiday weekend, we had a snow day yesterday, so I basically had five full days to devote to yarn. I’ve shown you a couple of my projects already, but here are the rest. The first one I finished one is a cute Duality hat. 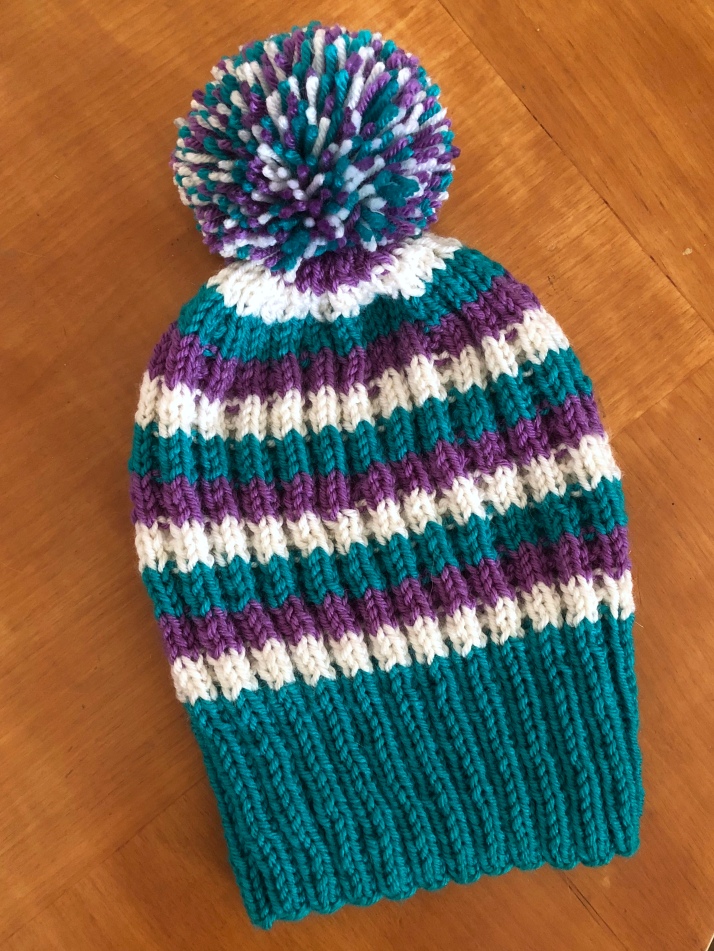 This is one of my favorite hat patterns ever, and this is the first time I’ve added a pompom. I think it’s perfect with the stripes, which just happened to use up two partial skeins of yarn (teal and purple KnitPicks Brava Worsted). This is for a girl who’s having some health issues, and I hope it brings her a tiny bit of happiness to wear. I need to make a baby sloth for her, and then I’ll send them on their way.

After I finished my projects for other people, I had the itch to cast on new things just for fun. I started with some yarn that called my name and cast on a Zomboni shawlette for a bit of bright color.

It’s simple enough, and pretty, but soon I realized I hadn’t scratched the itch. What I wanted was a nice quick bulky yarn pattern, so I grabbed a skein of Plymouth Baby Alpaca Grande Glow in dark gray with a bit of sparkle and cast on a Darkside Cowl. Sure enough, that was just what I needed, and last night I finished it. 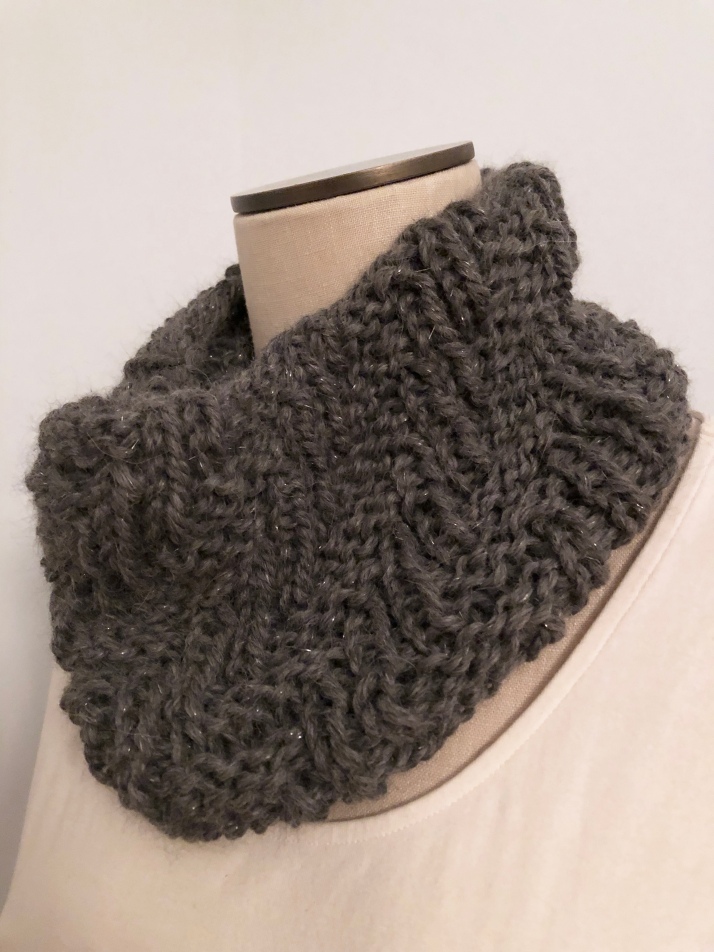 I don’t know yet if it will be for me or for a gift. Maybe it will depend on whether it’s itchy for me to wear!

With those done, I’m trying to be a good girl and finish some lingering WIPs before the end of the year. I do love to start a new year with mostly empty needles!