Thanks to my girl and her band activities, I got to spend the entire day Saturday knitting. Well, at least as much as my hands could tolerate. I had to take breaks periodically, of course. But I was focused on one goal: finish this second sock, which is a Christmas gift. I got pretty close.

Since then I’ve gotten farther, and I only have about an inch left before starting the toe. This one will be a FO before you know it!

Her competition was out of town, which meant a LYS stop for me. We went to True Blewe Yarns in Columbia, MO and I found lots of really pretty yarns. Lots of yarns I appreciated, several I picked up and carried around, but it was the strangest thing: most of them weren’t calling my name. I didn’t feel like buying yarn just to buy pretty yarn. (GASP! Am I feverish??) I want more sock yarn, but I want self-striping, and I want more colors, not just purple. I have quite a bit of purplish fingering weight, waiting to be made into shawls, so I didn’t really want to get more. I don’t know, I guess I just wasn’t really feeling it that day.

Okay, that’s not completely true, because you KNOW I didn’t walk out empty handed. I thought about the pieces I’ve wished I had to wear, and chose these accordingly. 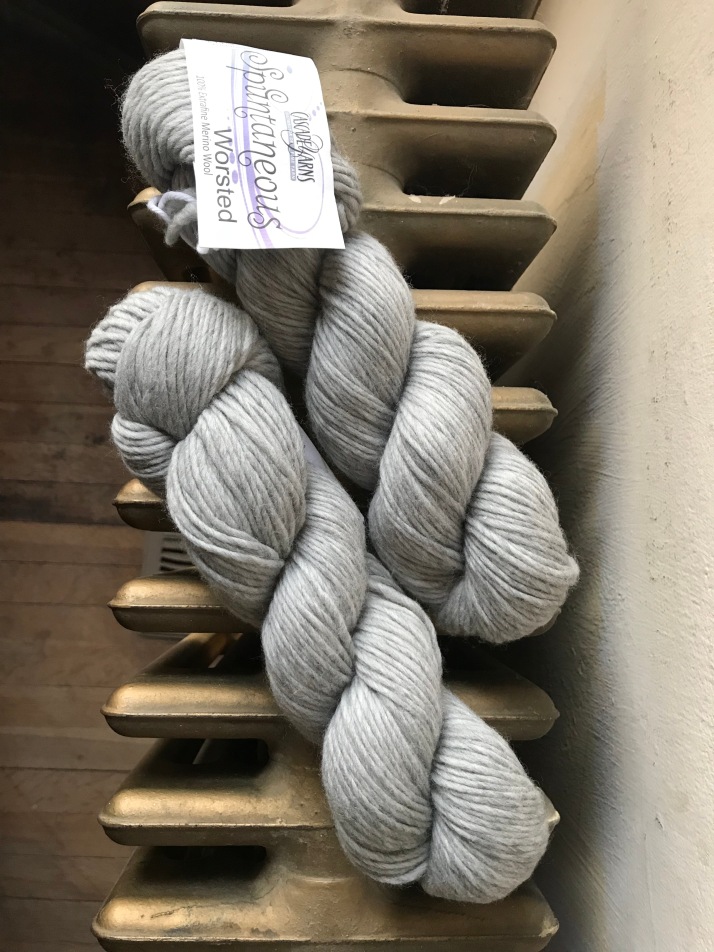 I’ve used the super bulky Spuntaneous and LOVE it, but hadn’t seen the worsted version before. I’ve wanted another neutral gray cowl, so I’ve got enough here to make a lovely long one to double.

I don’t have a lot of blue clothes in my closet. I don’t like blue things in my house, really. So why have I been drawn to this vivid royal blue lately?? No idea, but I decided to give in. This one is already on the needles and on its way to becoming a Squishy Soft Cowl, like the dark green one I just made. 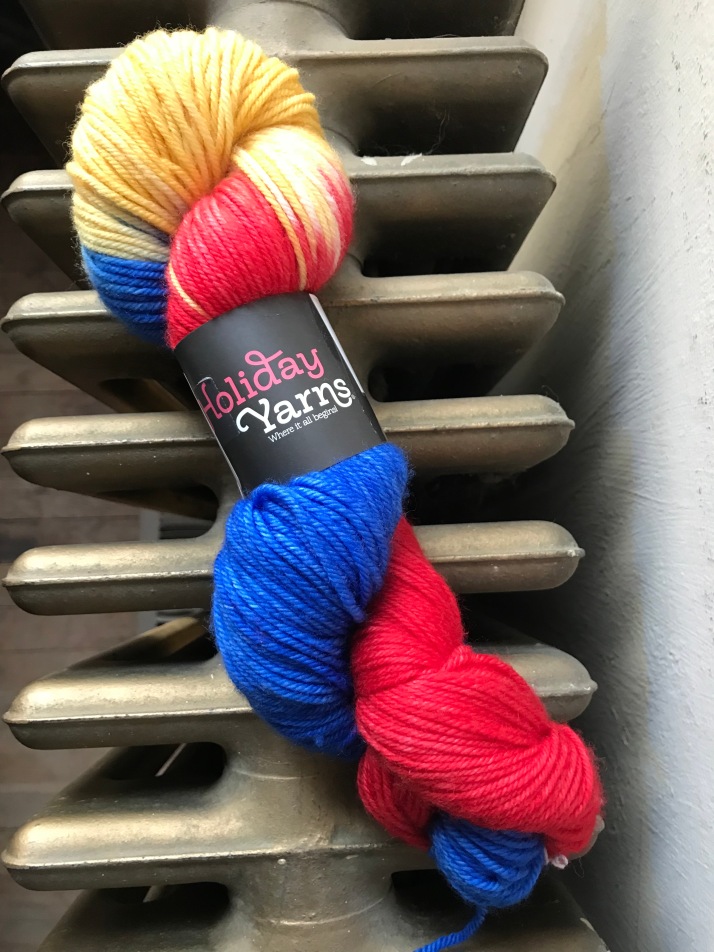 I’ve bought this Wonder Woman yarn before. I made a gorgeous cowl, put it on Etsy as a showpiece, thinking it would never sell, and it sold! So I had to send it away, and that made me sad. Now I can make something for myself to keep.

I have one more new project on my needles. This is a Be Simple Variations with my new green Classic Elite Magnolia. I’m already loving it. 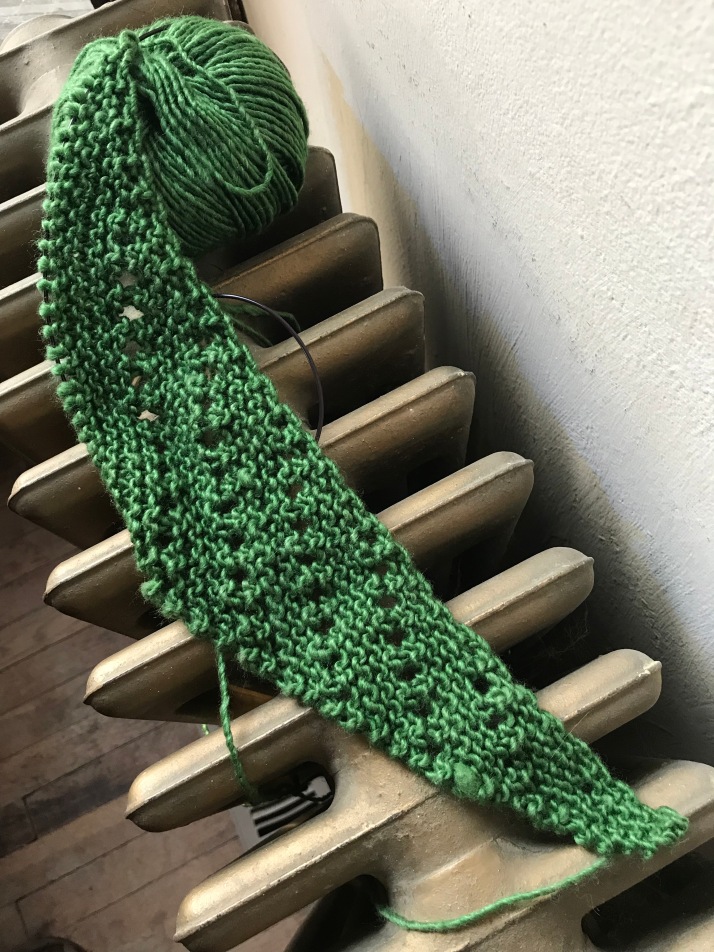 Hope your weekend was as productive as mine!

3 thoughts on “Weekend Knitting, plus Yarn”

My Tweets
Join 798 other subscribers
Follow bonnyknits on WordPress.com